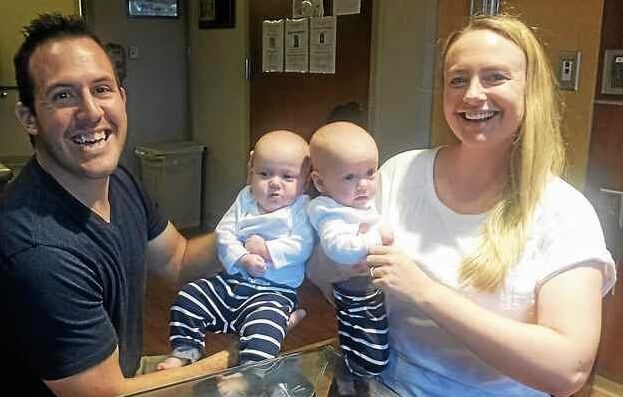 They are the parents of 5-month-old twin girls, Elle and Quinn, and today, everyone is doing perfectly fine.But on April 6, when they were born, “fine” was not on anyone’s mind. Survival was.

“Adam and I had difficulty getting pregnant,” Kristin told me. “We went through IVF, and were having triplets, two identical twins and one fraternal. But at 20 weeks we lost the fraternal twin.”

Things didn’t get easier. The surviving twins were diagnosed with a rare condition called twin anemia polycythemia sequence (TAPS). In English? They had an unequal share of red blood cells. One was highly anemic, and one was highly polycythemic. One suffered from blood loss, one had too much. Doctors decided to deliver at 32 weeks.

“The doctors came to me the night before and they prepped me for everything,” Kristin said. “They said the babies could be totally healthy, they could not be healthy, we don’t know what to expect. They had life support ready. Thankfully we didn’t need any of it.”

Born at a little over three pounds each, the babies spent the first month of their life in the NicU at Capital Health Medical Center in Hopewell.

The “this room” Kristin is referring to is that respite I was talking about earlier.

The Ronald McDonald House of Southern New Jersey has “Family Rooms” at many hospitals throughout the state, including at Capital Health. Situated steps away from the NicU, the room has the feel of a small lounge. Desks, phones, snacks, coffee, chairs, etc. It doesn’t feel or look like part of the hospital. It looks … downright inviting. 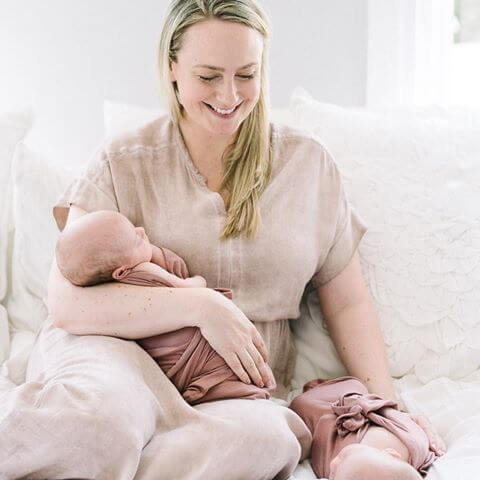 Kristin, a wedding planner, and Adam, a state trooper, spent countless moments recharging, working, and being able to unwind in this room.

“You’re so encouraged to be hands on with your babies, the nurses helping you to get you ready to go home with them. So you’re changing them, feeding them, all of that,” Kristin said. “But you’re also hearing all the bells and the alarms and that can really get to you. It’s good to have a place to come where you can relax or talk to other families. And work. I was still doing wedding planning for clients from this room, being on conference calls and it was just so great to have a place to escape from all of it. It’s stressful, sometimes. Plus we met so many people in this room.”

“There was so much fellowship in this room,” he said. “We’d meet parents in similar situations. Those who just arrived, those who are about to be out the door. We were able to share good thoughts, prayer, talk. That’s what this room affords. Plus, all the McDonald’s coffee you could want.”

Coffee: A wildly important part of having your newborn twins in the NicU. Obviously. And then…

A little less than a month after they were born, Elle and Quinn finally got to go home with mom and dad. Today, they are hitting all their milestones without a hitch. Their blood levels are normal. They are typical in every way.

I met with the family at Capital Health. We met in the Ronald McDonald House Family Room, a place the Polhemus’ felt right at home.