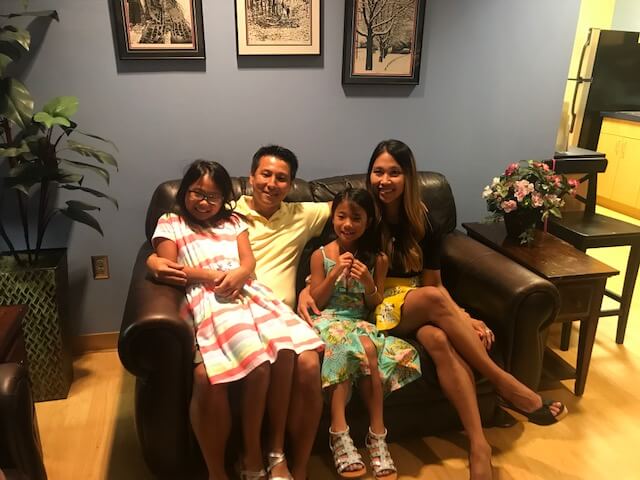 Eugene and Yuna Park spent a combined seven weeks in Virtua Hospital’s neonatal intensive care unit in Voorhees after the premature birth of their daughters Sophia and Taylor.

Last week, the Cherry Hill family, including Sophia, now 9, and Taylor, 7, toured the unit at the new hospital, which opened in 2011 after the girls were born, and reunited with the nurses and doctors who treated them.

“We’re appreciative of all you guys do,” Eugene told nurses who gathered for the reunion. “You guys are rock stars.”

“You did it right so thank you,” added Eugene, who serves as principal of Russell Knight Elementary School in Cherry Hill.

The Parks were told by doctors that they would never be able to have children due to Yuna’s lupus and kidney issues, which increased the risk of a complicated pregnancy.

After becoming pregnant with Sophia, Yuna said she visited Virtua for a routine appointment with a specialist. To her surprise, doctors told her she would have to stay. Sophia was coming early. “It was definitely shocking,” Yuna said, recalling the experience.

Yuna was showing signs of preeclampsia, a serious pregnancy complication, so doctors decided to deliver Sophia prematurely at 32 weeks. She said it was scary and overwhelming, but she credited the staff at Virtua for helping put her at ease.

“It was a great experience because I felt like everyone was so supportive, and all the doctors and nurses were always explaining everything to us,” Yuna said.

The Ronald McDonald House’s Family Room at the hospital served as an oasis for the new parents. It’s a living room-style area where families can go and relax while being close to their premature or sick babies.

“It was a nice space to be able to just rest and get away for a little bit,” Eugene said.

Yuna said the room, which was upgraded along with the rest of the NICU in the new hospital, gave her the opportunity to connect with other parents. She is still in contact with some of the mothers she met there.

“I’d say a lot of good friendships were formed through that experience,” Yuna said.

Denise Prickett, an assistant nurse manager in the NICU, worked on the Park case and said the hospital is lucky to have the family room for parents.

“This (room) is well utilized,” Prickett said. “It’s really a home away from home for them.”

“It was an amazing experience,” Eugene said. “I loved talking with the families.”

Students at the school will hear testimonies from teachers about the service experience at a pep rally when classes begin again, Eugene said. He said the hope is the youngsters will be inspired to give back to their community.